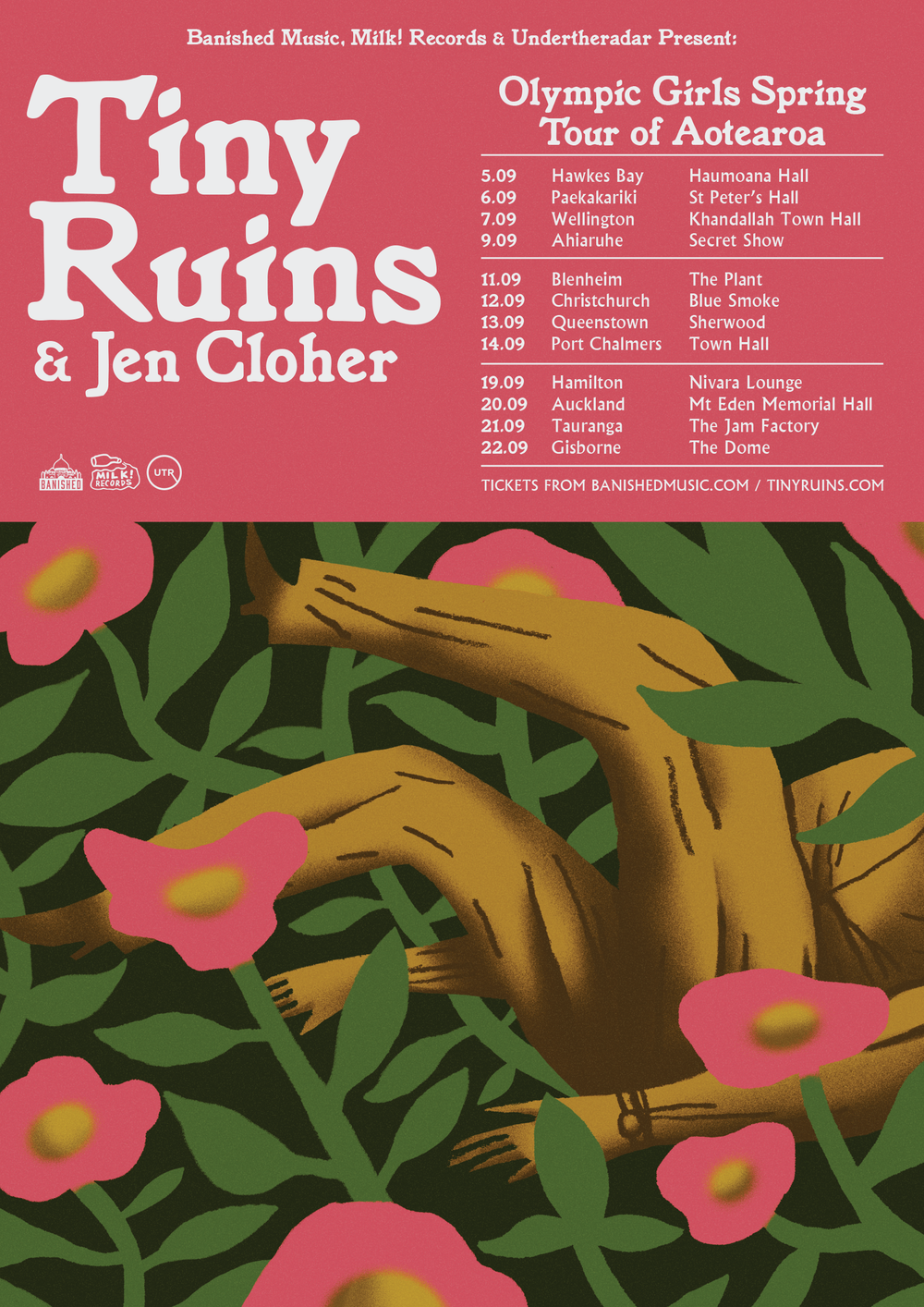 Tiny Ruins return to home ground this spring, in the wake of their sonic dream of a record, Olympic Girls. Having toured overseas for the better part of 2019, and returning from a run of summer festivals throughout Europe, September sees them embark on twelve special dates around Aotearoa. What’s more, a formidable talent from across the ditch – legendary songwriter & Milk! Records co-founder Jen Cloher (solo) – will be joining them for all dates.

A group renowned for their electric dynamic live on stage, Tiny Ruins have played stages in solo and varied group formations with Sharon van Etten, Calexico, the Handsome Family and more over the past decade. Led by songwriter Hollie Fullbrook, the band have made steady and consistently surprising waves in the underground music scene blossoming out of New Zealand, including collaborations with filmmaker David Lynch and drummer Hamish Kilgour [The Clean].

“I’ve heard Olympic Girls, and I had to pick my jaw up off the floor” wrote Grant Smithies.“Clustered around more introspective passages typical of confessional singer-songwriters are gnarlier phrases that give her work its buzzy voltage: arresting visual images, weird associations, daisy-chains of telling detail.”

“Part of the charm of Olympic Girls lies in the layers of mystery in each song. Inspired by literature, science, nature and human experience, these mysteries lie waiting to be carefully unfolded…”  – God Is In the TV – 9/10
“An album confident in its vulnerability and luxuriating in a bigger sound.” – Loud & Quiet – 8/10
“… songs that change sound and mood during their duration, never meandering and always captivating.” BUST – 5/5
“… a deeper listen to these eleven tracks exposes a breadth of influences that spans decades.” – The Wire
“She is always looking uneasily toward the next line, or moving toward mysticism. In sentimental contexts, she generates lines of wicked ambition.” — The New York Times