WAI.TAI – Head of the Fish Tour 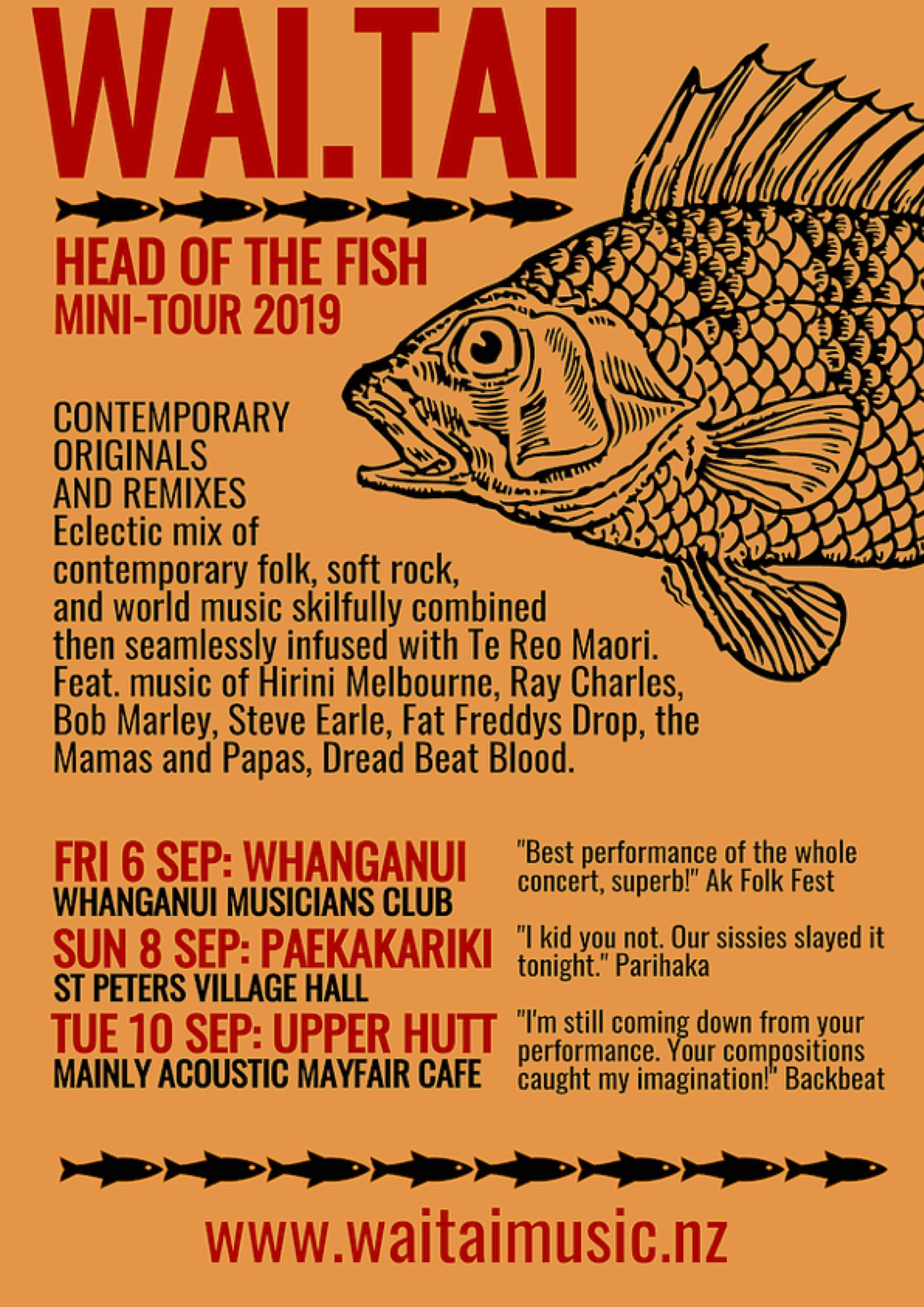 World fusion band WAI.TAI will take its audience around the world featuring musical flavours from the Pacific to Europe, to the Middle East, across the African and Asian continents, and to the Americas – with music from Aotearoa at its core. Literally no genre is off the table.

Not only that, but the band manages to seamlessly imbue the Māori language and a bit of story-telling here and there for an engaging and at times amusing performance. Don’t worry, the audience doesn’t get lost! The band’s orator (and bass player) will speak English and have audiences on the edges of their seats.

The set even includes songs from well-known musicians like Ray Charles, Hirini Melbourne, Bob Marley, Steve Earle, Fat Freddys Drop, the Mamas and Papas, and Dread Beat Blood in surprising re-arrangements that audiences thought they knew – until they went to a Waitai concert.

At just four years old, WAI.TAI has already played on the main stages of all the major folk festivals in Aotearoa, and its first EP ‘Hoea’ has surpassed half a million plays on Spotify. Three of its first five original recordings have been included in international performances and videos. That’s not too bad for a new entrant.

“We have a huge amount of fun exploring and sharing music from anywhere in the world but the band’s kaupapa is inherently environmental, humanitarian and hopeful,” says the band’s musical director Robyn.

Find out more about the band here: www.waitaimusic.nz