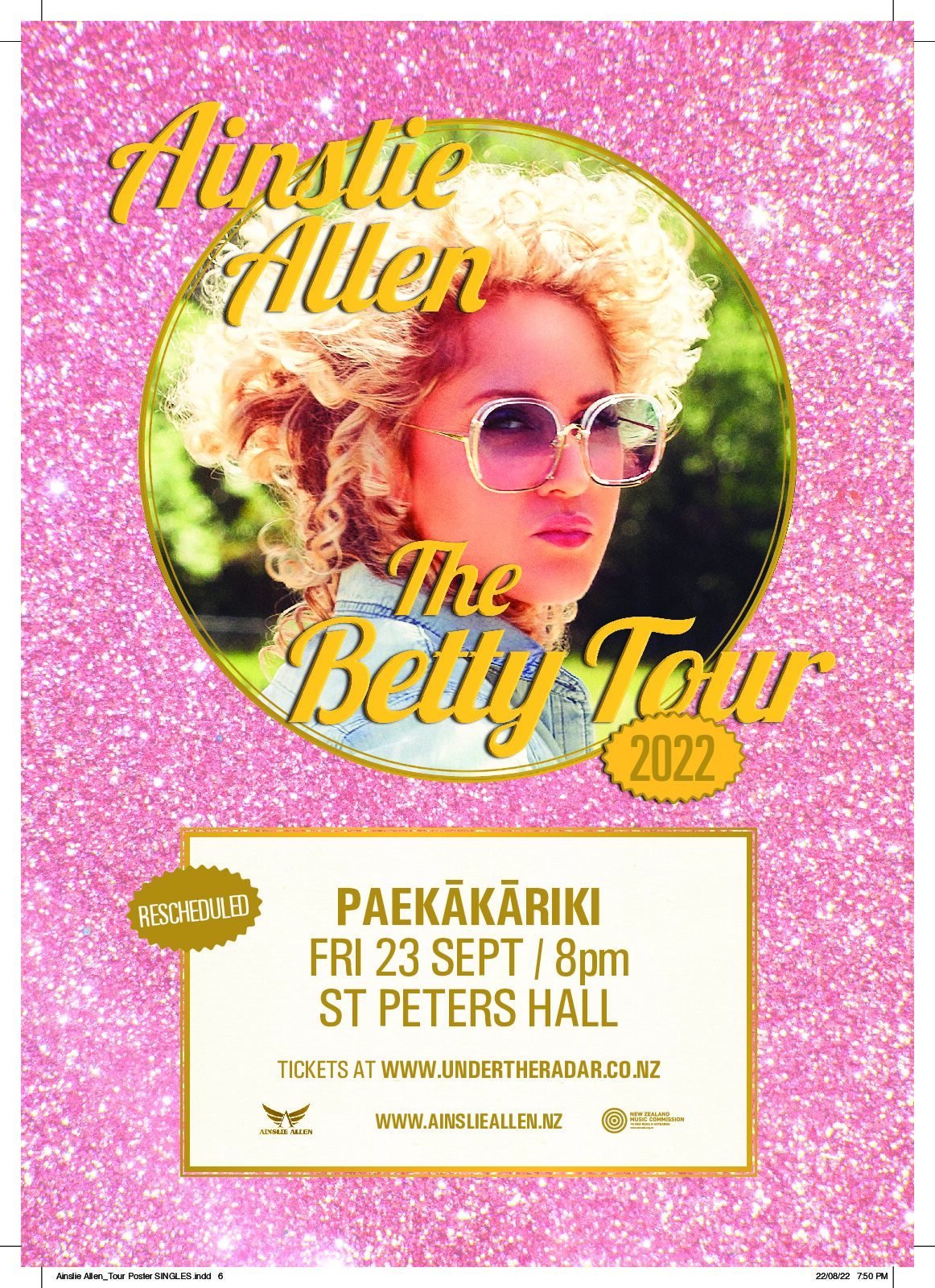 yeah … so … do you remember that tv show?.. .way back.. . late 90’s… McDonalds Young Entertainers… remember the tall blonde-haired girl on that show…she released an album called ‘Betty’, a bad-ass, finger-licking good, country album on Nov 19th 2021. Covid stuffed up her plans of taking the world by storm with her debut, so now she’s finally able to get on the road for a nation-wide tour!

Ainslie says ‘I was sick of playing covers, for years I worked for others, singing their songs, now it’s my turn, I’m making my dream a reality and I’m gonna play my songs!’
Unbelievably talented, the resilient singer released an album and had a baby in the same year, Ainslie said ‘What kind of crazy woman would do that to herself .. yeah.. me.. I’m that crazy woman. It makes for good inspiration, and the lack of sleep helps not to suffer fools. So, I suppose I win!’
Ainslie’s career has seen her sing from ballrooms to warzones. She makes it look easy with her crowd, -and can read them like a book, her quick wit and huge vocal range will blow your mind. Ainslie’s known for talking to her audience sometimes asking if they have a song request. She says ‘Sometimes asking for requests can bite me in the butt…but because I know so many songs, and I like all musical genres,  I’m pretty good at that game.’
After two postponed attempts at hitting the road (thanks Covid), Ainslie says ‘I’ve been waiting so long to play ‘Betty’ to a live audience on the release tour. I have merch to sell – t-shirt’s, CDs, face masks, even pink vinyl for this release. I need to get rid of them, the boxes are taking up too much space at home’
The Betty Tour will take you on a journey, Ainslie’s most personal to date. ‘Betty is named after my Nan and I know she’s with me on this one.’