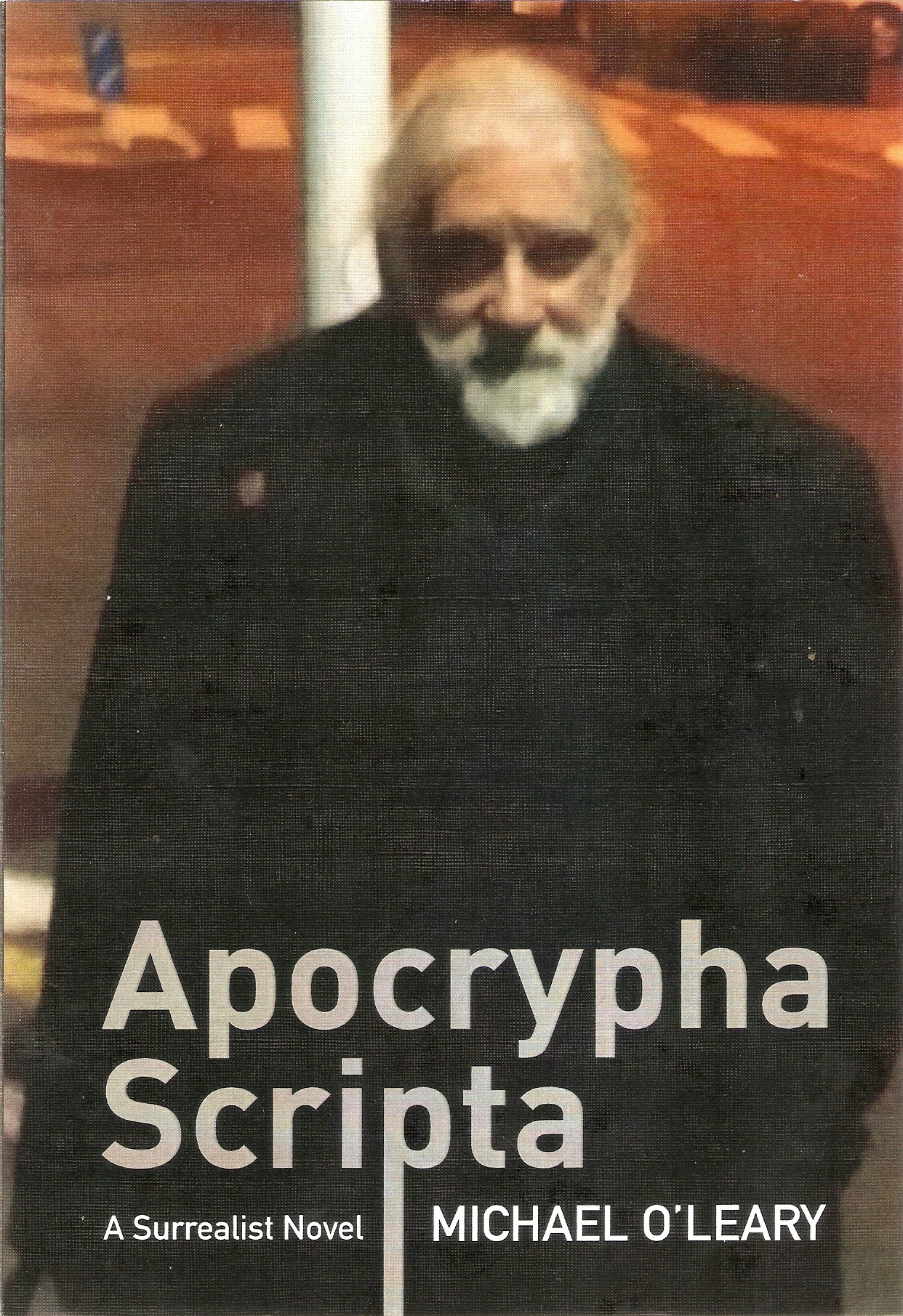 During the writing of his autobiography, Die Bibel (published in 2016 by Steele/Roberts), Michael O’Leary began a parallel fictional autobiography which he conceived as an ‘apocrypha’ of additional aspects to his intellectual & emotional life, combining myriad intertwingings of previous works to form a synthesis, a kind of Rainbows End of the Mind, as its characters & events ride a rollercoaster of the psyche, a tipi haere helter-skelter on what might be called the Stratosfear or WindstarZ encompassing a spiritual weltanschauung of history & life. It reads not unlike the earliest Dadaist writings & therefore has the sub-title: a Surrealist Novel. Perhaps it’s about dislocation in society: perhaps it isn’t. Maybe it’s about a suburban man becoming unsettled in real life & entering the ‘other’ world of the imagination: maybe it isn’t. Apocrypha Scripta is about identity & belonging. It looks at the Sixties generation of ‘peace & love’ & anti-materialism which morphed & degenerated into the ‘I, me, mine’ of the reforms (a much abused and maligned word) of the mid-eighties & nineties which created the 21st Century Schizoid Person, fuelled by technology & greed, love & dreams, war & peace, culminating in the ‘stop the world, I wanna get off’ motif, as the earth cries from Cloud 9: wiith 2020 Vision & Reality of Covid-19 & the ‘Existential Crisis’ of realising that we need to not want so much, as well as finally understanding that the word ‘Existential’ might really have a meaning. Amen.