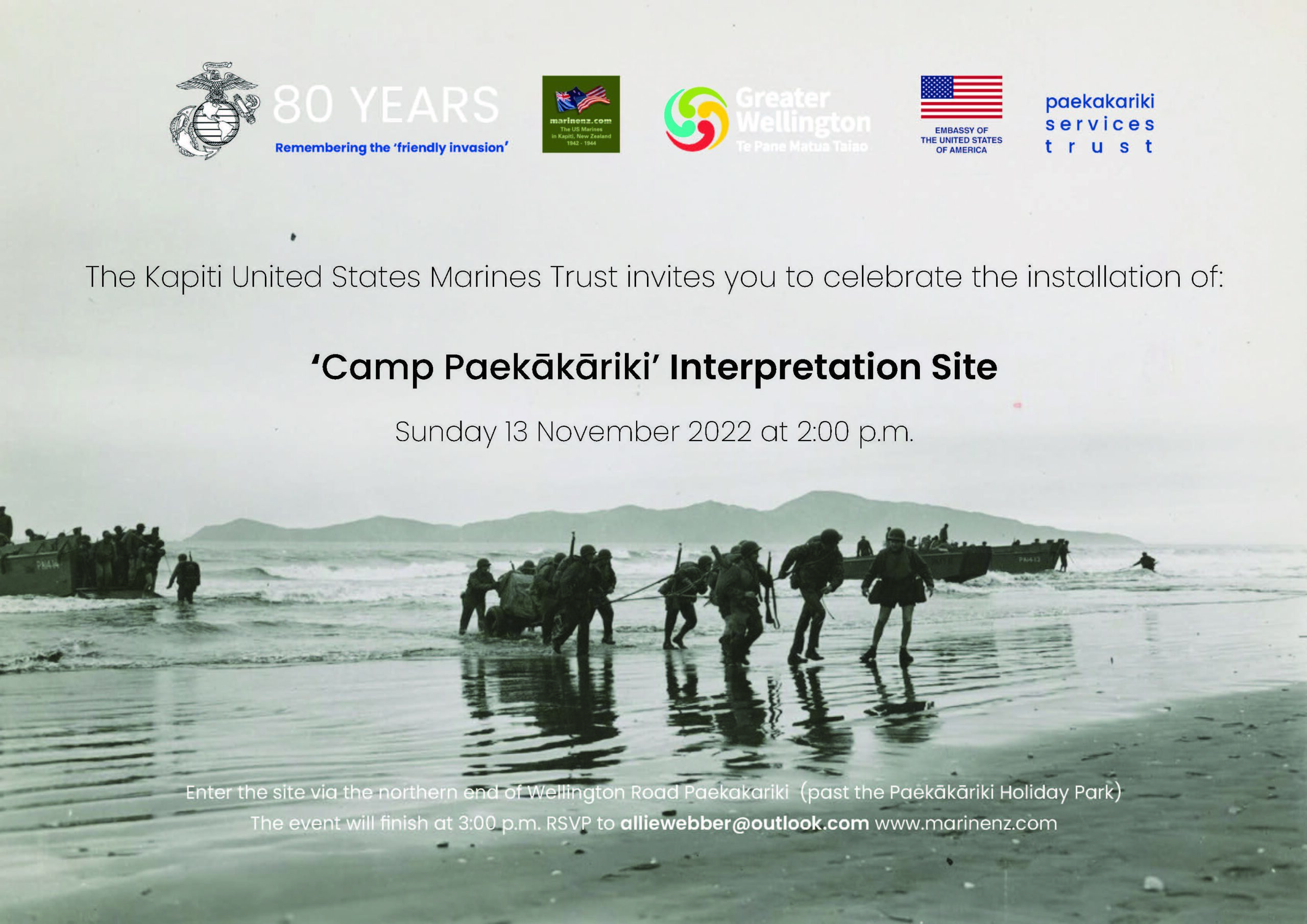 Eighty years after the encampment of US Armed forces in New Zealand (1942-44), World War II
memories will be rekindled at the opening of a new Camp Paekākāriki interpretation site at the
southern entrance to of Queen Elizabeth Park.
This outdoor story-telling gallery and palisade will be opened at 2pm on Sunday November 13, 2022.
It has been a major project of the Kāpiti US Marines Trust (KUSMT) and completes a series of public
projects the Trust has undertaken over the past ten years to share stories of the three Marine’s
Camps (Russell, Mackay and Paekākāriki) and bring them to life.
Camp Paekākāriki focuses on the 1 st and 2 nd Marine Divisions who occupied the camp during the war
and their relationships with the locals. The structure includes a 10-metre-long palisade made of 34
corten steel fins supporting seven interpretation panels, each 1.3 meters high.
Some of the photographs used are from the never-seen-before ‘Norm Hatch Collection’, recently
acquired by the Trust and local film maker, Steve La Hood, from two American archives and
deposited into Ngā Taonga Sound and Vision.
Kāpiti US Marines Trust Chair, Richard Benge says the completion of Camp Paekākāriki will ‘enable
local, regional and international visitors to visit Kāpiti and take a comprehensive tour around all
three former camp sites and understand how the Marines lived, trained and engaged with the
locals.’ Camp Paekākāriki has been made possible by generous grants from the Embassy of the
United States of America in Wellington and the Paekākāriki Services Trust.
The Trust acknowledges Ngāti Haumia Ki Paekākāriki as mana whenua and is grateful to have the
opportunity to build the Camp Paekākāriki story-telling gallery on land formerly belonging to Miriona
Utu Budge. Mrs Budge, was passionate about keeping her 16-acre block of family land and had it
taken from her under the Public Works Act, after the war – for inclusion into what is now Queen
Elizabeth Park.