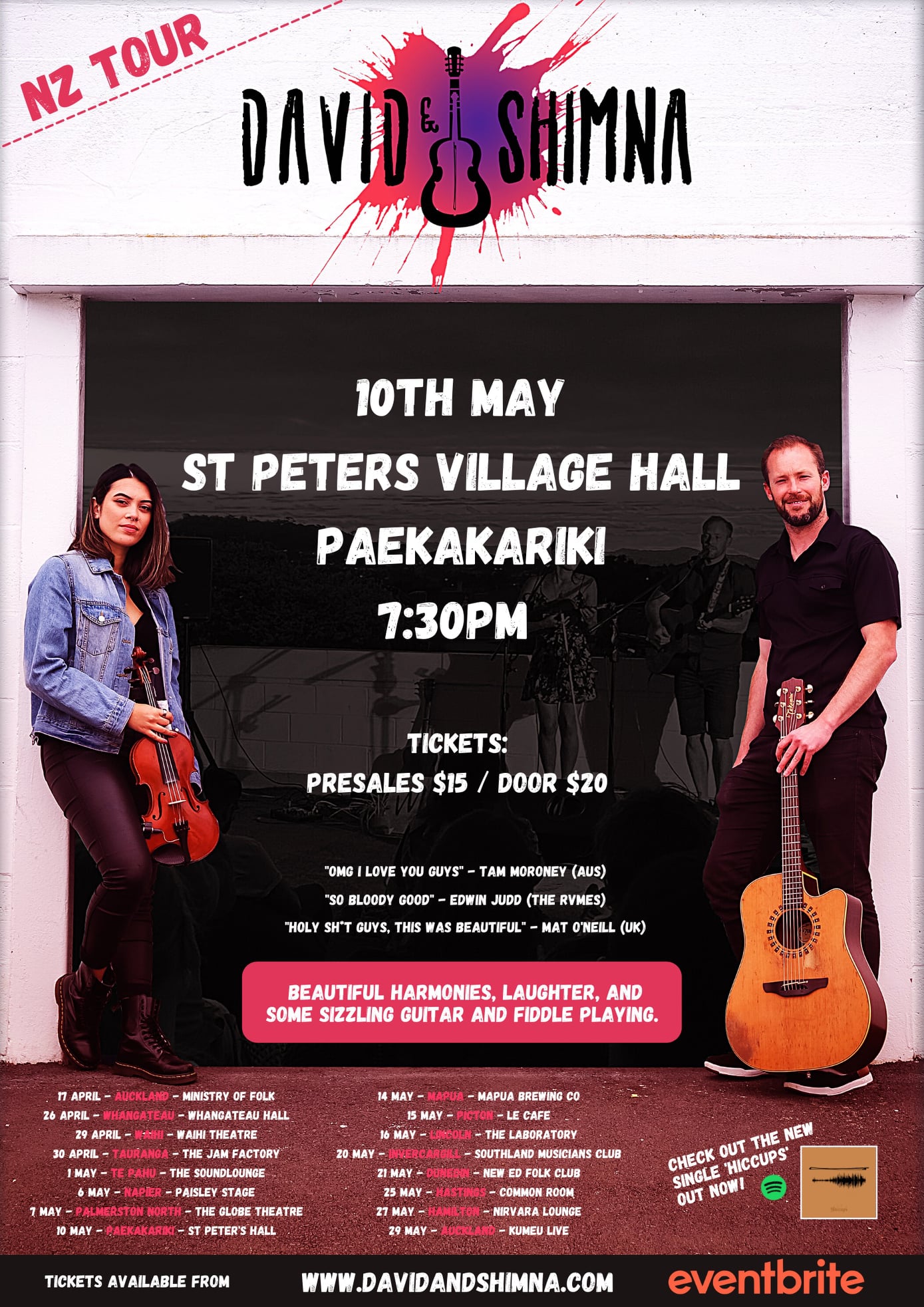 Beautiful harmonies, laughter, and some sizzling guitar and fiddle playing combine for a night of fun and great music.

David and Shimna have a lot of individual credits before teaming up as a duo for the first time in 2019 – including a #1 single on iTunes, opening for Foreigner, Heart, and Three Dog Night, receiving the Frank Winter and Martin Blackman awards at the Auckland Folk Festival, & Composing for Pop Up Globe and 3rd Bear productions.

Together they’ve performed at the Illawarra Folk Festival in Australia, were crowd favourites at Revive Festival and the ASB Tennis Classic in New Zealand, and the combined harmonies from the duo, plus some live looping and their amazing ability on their instruments make for an engaging and captivating show.

Described by their #1 fan in Mexico as being ‘like a good taco’ – you can expect that warm nourishing feeling you get from your favourite food after listening to or attending a show with these two.