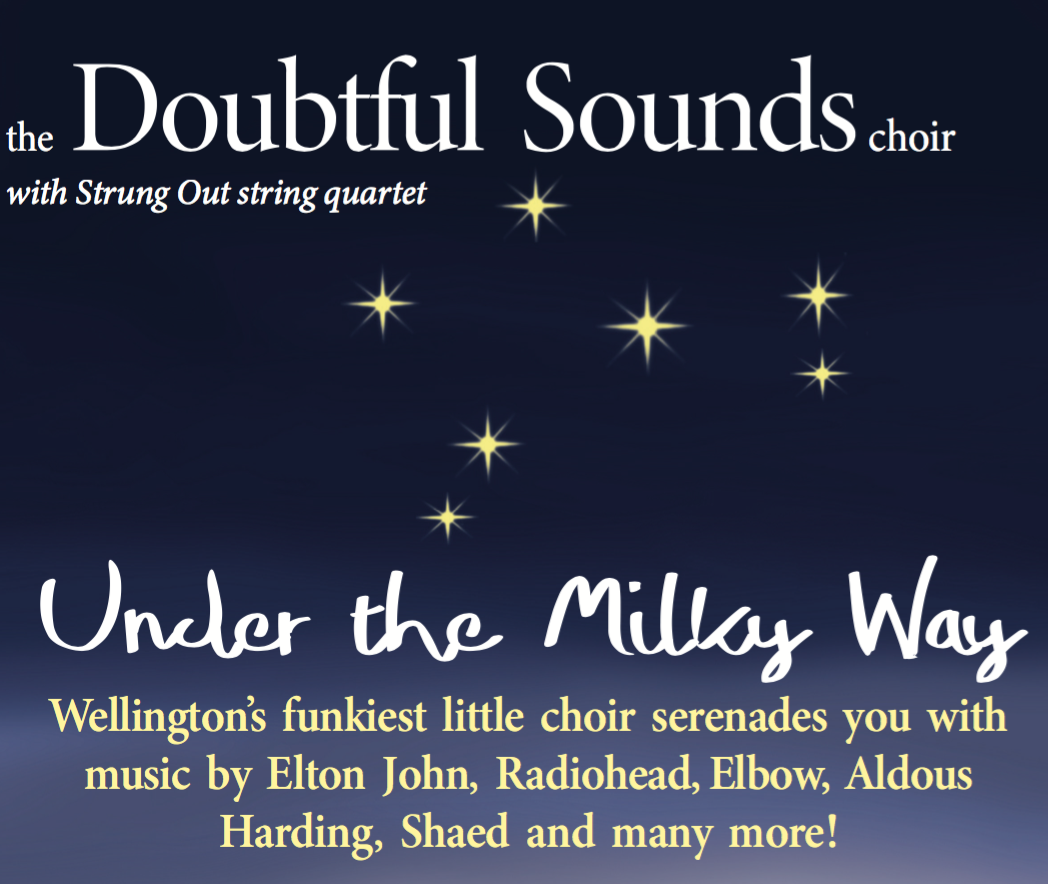 Wellington’s funkiest little choir, the Doubtful Sounds, is coming back to Paekākāriki, and they’re bringing the city’s funkiest string quartet with them.

Directed by RNZ Nights host, Bryan Crump, the 20 strong choir, will team up with friends and fellow funksters, Strung Out, for a concert of pop favourites performed with a classical twist.

Fresh from sell-out performances for their “Under the Milky Way” tour of Wairarapa in September, the choir has decided to extend the itinerary it to its favourite Kapiti Coast destination.

Listeners will hear new arrangements of music by The Rolling Stones, Elbow, Aldous Harding and Shaed, plus a few of the choir’s favourites.

Teaming up with the Doubtfuls, Strung Out is no stranger to Paekākāriki, with local cellist and Kapiti Deputy Mayor, Janet Holborow, in command of the bass line.

“We had a real blast in the Wairarapa” says Crump. “It seemed a shame not to perform the set-list a few more times. When Strung Out said they were in, we just had to come back to Paekākāriki.”

Tickets on the door.