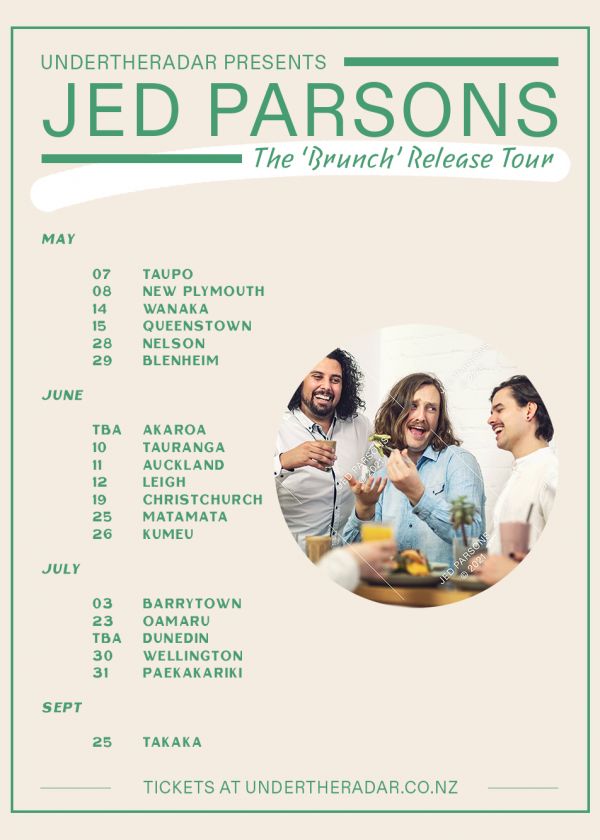 Celebrating the release of his sophomore album ‘Brunch’, Jed Parsons is bringing his full band to Paekākāriki, playing songs from both his latest effort and 2018 Debut Release of the Year finalist ‘Midnight Feast’.

‘Brunch’ has been a hit with listeners, critics and many publications including Rolling Stone Magazine. RNZ calls the closing track ‘Breathe’ one of the best songs of the year while claiming nobody is writing catchier choruses in Aotearoa right now in a separate review.

Support – to be advised