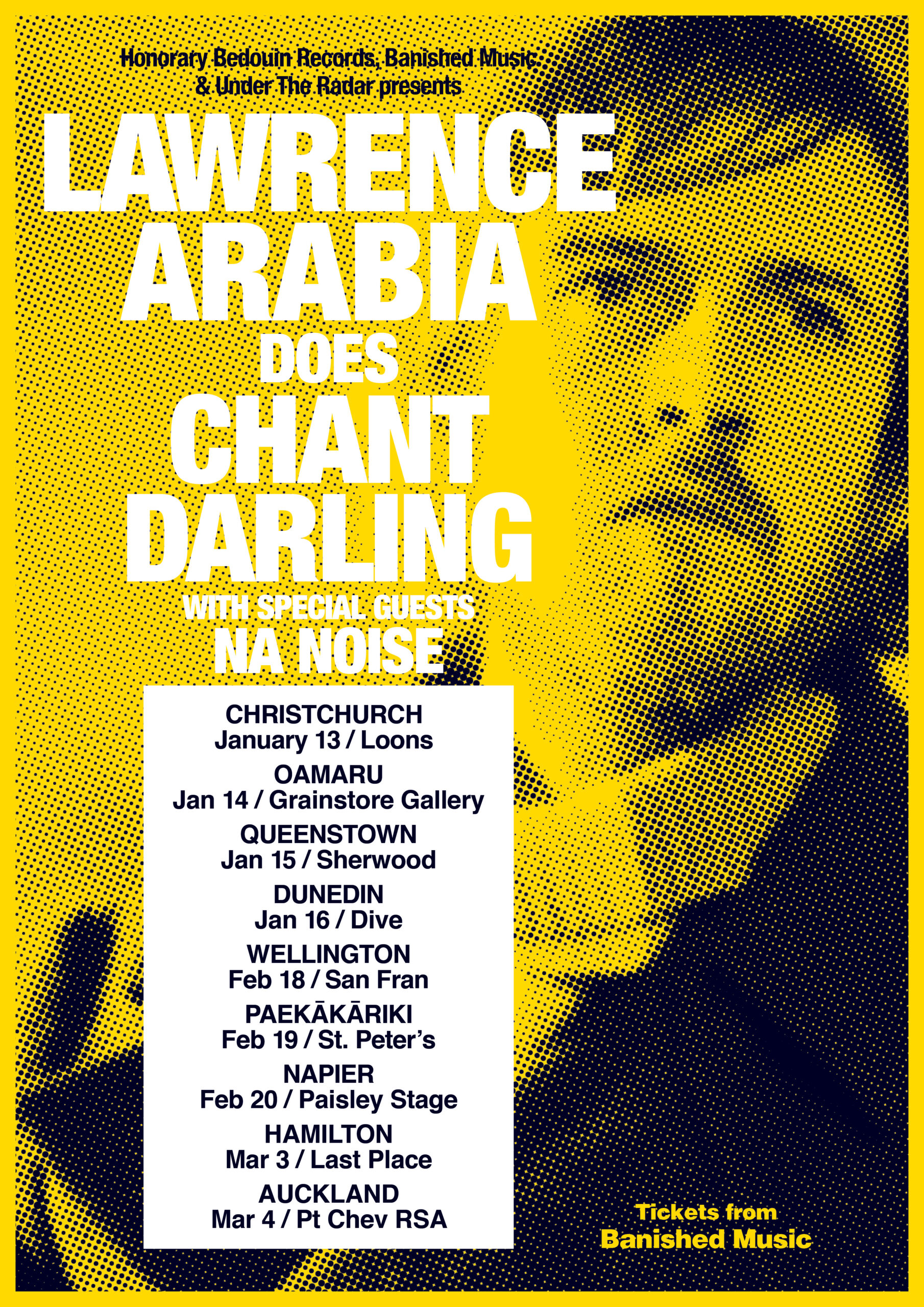 Believed by the artist to be ‘the latest and best of a recent plague of anniversary vinyl re-release tours’ Lawrence Arabia has decided to ‘do’ Chant Darling live, celebrating the 12 & 1/2 year gap since the release of the first ever Taite Music Prize winning album, and a whole eighth of a century in the market.

Throughout January, February and even March, Lawrence Arabia and full band go all out on the road with a long awaited vinyl release, and a flurry of shows featuring the album played in full, alongside a selection of Lawrence’s deepest cuts, and biggest bangers.

Fuzz-pop three-piece Na Noise, recent winners of the Auckland Live Best Independent Debut, will be the very special guests for the duration of the tour on all shows.

Since the release of his first album in 2006, Lawrence Arabia (aka James Milne) has become one of the pre-eminent figures of Aotearoa’s musical landscape, releasing five critically acclaimed and garlanded solo albums alongside a variety of diverse collaborative work.

Tickets are on sale via Banished Music
Ticketing link: http://bit.ly/Chantdarling