An event every week that begins at 11:00 am on Sunday and Saturday, repeating until Sunday, October 31, 2021 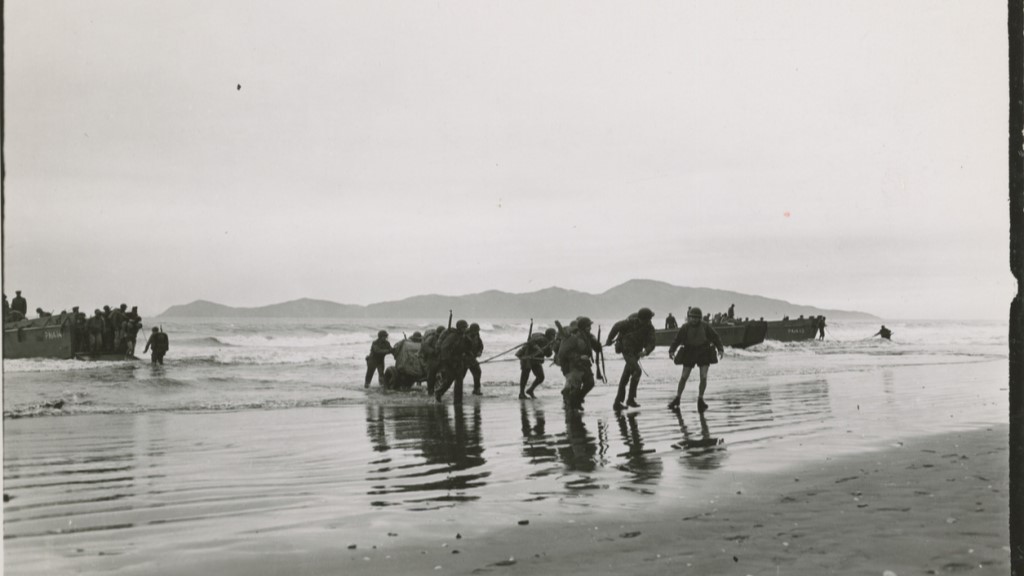 No bookings are required for these events.

Cost: All events are free (or koha appreciated) unless otherwise stated below.

The Paekākariki Station Museum and The Kapiti Marines Trust are holding displays and talks relating to 1940s life around Wellington with the presence of the US Marines in Aotearoa New Zealand.

Make a day of it, viewing exhibits, walking the campsites, and enjoying delicious food from Beach Road’s cafes!

Displays include two-screen presentation, ‘A Friend In Need’.

From 11am to 4pm on Saturday 30 October and Sunday 31 October at St Peter’s Hall, Beach Road

Saturday 30th
St Peter’s Hall will be open from 11am.

Come along and view displays and photographs from the 1940s era in the Wellington Region – get a feel for what was happening and what your parents and grandparents were living through.

We will be having series of presentations from Birnie Duthie, Peter Carter and Larry Keim to commemorate the life and times of American troops stationed in Paekakariki, New Zealand

2pm – Birnie give a talk about the US Marines and their bloody engagement with Japanese forces on the Kiribati* atoll of Tarawa in 1942 and is based on two years of living and working in the independent island nation of Kiribati.

It draws from the particular life experience of two volunteers with the NZ aid agency, VSA, between May 2011 and May 2013. The talk is entitled ‘5 Worlds on Kiribati’ in an attempt to describe a unique set of relatively recent VSA volunteer life experiences on Kiribati, and to set the scene geographically and culturally. It briefly describes Kiribati and outlines the distinct ‘5 Worlds’ experienced by the VSA volunteers ranging from: our workplace; the islet of Betio; the atoll of Tarawa; the wider lens of Kiribati; and finally the geopolitical situation. It describes a resilient, positive race of people who have a depth of culture, who live in a beautiful physical environment, but who also have an uncertain future due to sea-level rise.

2-45pm – Peter Carter will give a talk about his Grandfather who was the Commander of the marines in Camp Paekākariki – Col Cornelius P. Van Ness – He served with the 2nd Marines at Guadalcanal and Tarawa and with the 29th Marines at Okinawa. He married Patricia formerly of Wellington. The talk will emphasise the social life of the US Commanders whilst in New Zealand.

3:30pm – final talk of the day with Larry Keim
“My session basically goes back over the early days of World War II here in New Zealand. I’m showing a short film from the Sergeant Norm Hatch collection that was taken here in NZ in 1943 when he was assigned to document the visit by then America’s first lady Eleanor Roosevelt. The film also shows the Marines practicing their amphibious training on the Kāpiti Coast. This footage has never been seen before”.
Larry Keim was born in Sacramento, California. He is a 69 year old retired U.S. Marines Major, who worked for the NZ Government for 10 years. He has lived in New Zealand for past 13 years and currently resides in Raumati Beach. He had a distinguished record with the Marines and served in many parts of the world from Vietnam to Somalia.
Larry is ideally qualified to speak on the importance of the Marines’ role in Kapiti’s history as he is currently Chairman of the New Zealand American Association and a member of the Kapiti United States Marines Trust.

Sunday 31st
St Peter’s Hall will be open from 11am.

Come along and view displays and photographs from the 1940s era in the Wellington Region – Get a feel for what was happening and what your parents and grandparents were living through.
There will be continuous movies – mainly from the National Archives News Reels of the era.

Queen Elizabeth Park, Mackay’s Crossing – 11am to 3pm
View films and displays in the Ramaroa Park Centre.
Visit the US Marines Memorial.
See how Marines lived in a restored camp hut.

Whareroa Farm/Camp Mackay (daylight hours)
Follow the heritage trail, where an easy one-hour walk in a beautiful valley takes you around key sites with information panels.