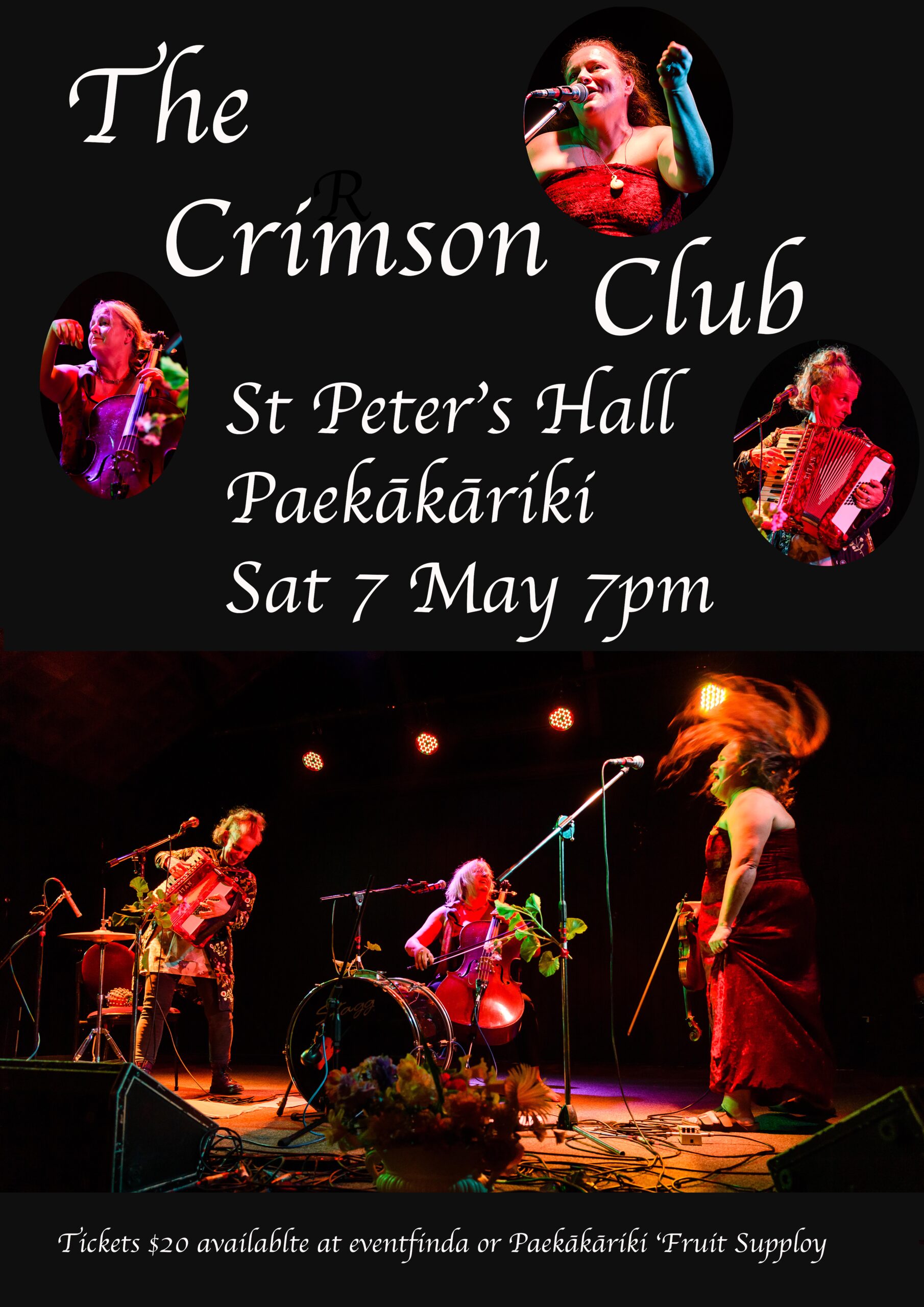 7pm on Saturday 7 May at St Peter’s hall

Featuring the dynamic line-up of Melissa Garber, accordion and percussion, Shona Jaunas on vocals and violin and Janet Holborow on cello and kick drum, The Crimson Club are bringing their irreverent comedy cabaret for a special one-off performance.

The trio play a range of original songs and unique takes on well known songs. “We like to take a song and bring our own spin on it, bringing out the meaning and sometimes the irony,” says Jaunas.  “We all like extending the boundaries of what the music offers and what the instruments offer, so each song has its own flavour and style.”

The group will be playing a mix of their well-worn favourites, including originals, kiwi classics and French tunes along with new songs from the seventies, eighties and nineties.

The trio has previously played at Coastella, Fete de la Musique in Wellington and performed at a number of community halls across Wellington during their Whirlwind Worldwide Wellington Tour in the New Zealand Fringe Festival.