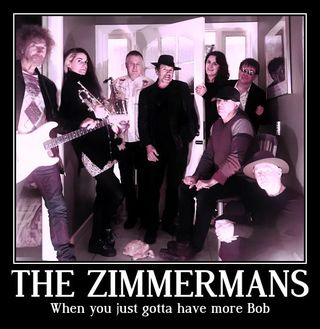 While famous Nobel Prize winning singer songwriter, Bob Dylan, is preparing to celebrate his 81st birthday in May somewhere in the United States, a bunch of his biggest fans will be singing and dancing to his music in Paekakariki.

The ten piece band of multi instrumentalists last played their two hour non-stop show to a sell-out crowd and rave reviews in early 2021, and ticket sales already show seats are highly sought after.

“To mark Bob’s birthday we’ve chosen songs from across Dylan’s 60 year career”, says guitarist and singer Paddy Burgin. “We’ll include plenty of songs we didn’t have time to play last time we were on the Coast, and we’ll play lots of favourites from our last show too. They’re just wonderful songs to play.”

“We love playing in Paekākāriki. It’s such an enthusiastic crowd. I know they’ll enter into the spirit of the “almost birthday” party on May 21.”

The Zimmermans are made up of musicians who’ve played with outfits including Sneaky Feelings, Let’s Planet, the Mockers, the Wooden Box Band and the Dunstan Rangers. They feature up to three guitars, keyboards, bass, drums, trumpet, trombone, sax and backing vocals. 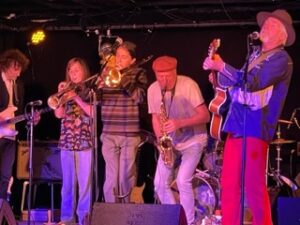