"They're a lovely, fun, raucous audience. It's always the first venue that sells out."

- Tami Neilson on playing in Paekākāriki

Paekākāriki attracts musicians who would never play any other town of this size - it has some of the best gigs you are ever likely to go to. The town has hosted dub, ska, country, reggae, rock, klezmer and various unclassifiable acts, from as far away as Australia, Germany, Switzerland, Hawaii and Hamilton, leading to the town being dubbed ‘The Lyttelton of Wellington’.  SEE WHAT'S ON — Visit our calendar

If you've got a public event or gig email us with the details and we'll add you to the calendar. St Peter’s Hall  is the premier venue for rock, reggae, country & western and folk gigs, the Memorial Hall mostly hosts classical and jazz concerts, in particular the annual Mulled Wine Concerts series. There’s been the odd gig at the Scout den in Campbell Park, the Surf Club on The Parade and the Bowling Club on Wellington Road, and outdoor gigs in Campbell Park. For news of upcoming gigs see our calendar or check our Facebook page. Or join Janet Holborow’s What's On Community Notices  e-mail list. Look for posters around the village shops, chalked signs on the board by St Peter’s Hall, and on the wall by the public toilets on Beach Road. Gigs are also advertised in the local papers (Kapiti Observer and the Kapiti Mail) and St Peter’s Hall has an online calendar detailing gigs and other upcoming events. Also listen for updates in the community notices section on the Te Pae current affairs show on Paekakariki FM 12noon and 6pm daily.

Look out for the occasional community film screenings at St Peter’s Hall as well, where a projector is available for hire. The Paekakariki Station Museum in the railway station has displays of railway and local history and is open weekends and public holidays from 11 am to 3 pm. Alan Wehipeihana’s Paekākāriki Art Studios gallery, upstairs next to the garage on Beach Road is open Fridays, Saturdays and Sundays, 10am-4pm. Up by the MacKays Crossing entrance to Queen Elizabeth Park, the Tramway Museum is open weekends, public holidays, and Boxing Day to Wellington Anniversary Day for visits and tram rides to the beach. You can grab an ice cream from the ticket kiosk, too. At the northern end of the railway yards is the Steam Incorporated locomotive museum which has regular excursions in steam and antique diesel-hauled trains and occasional open days. Steam locos can often be seen shunting around in preparation for the longer trips.

See the calendar for community events such as the annual Scout Group Quiz Night– the highlight some say of the Paekākāriki winter social season – school plant sales and galas and the Playcentre Bonanza. Being a small town, we often have to make our own fun through such things as loud parties, watching model aircraft fly at the Kapiti Aeromodellers Club in Queen Elizabeth Park and repainting the Beach Road zebra crossing rainbow-coloured in the dead of night. If you want to toast marshmallows and sausages, you can apply for a beach fire permit. Orca fans should sign up to the Kapiti whale and dolphin watch Facebook page for reports of nearby sightings.
Paekākāriki Station Museum
Visit website ➚
Paekākāriki Railway Station
Sat-Sun: 11am-3pm
Public holidays: 11am-3pm
[email protected]
The museum presents artefacts relating to the history of Paekākāriki and its surrounding area. Items on display relate to both Māori and European settlement, the history of rail in the area and the encampment of thousands of US Marines near Mackays Crossing during World War II. 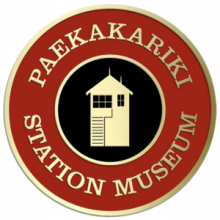 Steam Inc
Visit website ➚
The Engine Shed
SH 1
Paekākāriki
Mon-Sat: 9am-4pm
Peter Norman
0800 STEAMINC
027 446 6504
[email protected]
Membership is open to anyone who wishes to support the activities of the Society. Frequent excursions to different destinations, typically every 1-2 months as advertised.
Filed Under: Arts & heritage, A-Z, Directory of Everything, On the town, With the young
More >>
Kāpiti Aeromodellers Club
Visit website ➚
Queen Elizabeth Park
Mackays Crossing
Sat & Sun: weather dependent
Paul Buckrell
04 479 5995
021 422 633
[email protected]
Spectators are welcome at any time at the club when members are flying. There is a good vantage point on the slope running up behind the club house. If you have children with you, please make sure they do not wander off. Strictly no dogs. Contact Paul about becoming a member.
Filed Under: A-Z, Clubs & groups, On the town, Sports & recreation, With the young
More >>
Paekākāriki Art Studios
Visit website ➚
1 Beach Road
Paekākāriki
Fri-Sun: 10am-4pm
Other days by appointment
04 905 9250
[email protected]
A working collective art studio & gallery featuring the work of Dianna Fary, Alan Wehipeihana and other local artists. Situated in the old Holtom's Building above the Perching Parrot cafe and Beach Rd Deli. If the door is open feel free to visit.